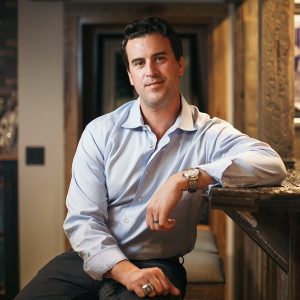 It is rare to find a true Renaissance man anymore, but that’s just that you get with Ben Utecht. Ben has always chased his dreams, finding his way from a small river town in Minnesota to a Super Bowl championship field. Whether it was becoming a world champion in football, singing with major symphonies, serenading Muhammad Ali on his 70th birthday, or stepping into a national advocacy role, Ben has found success in many realms. He honed his already keen public speaking skills at the University of Minnesota, where he graduated with a degree in communications and even started a master’s degree in sports management before being swept up into the NFL.

Ben has established himself as a prominent national leadership and motivational speaker for corporations, conventions, and non-profit events. Both of his programs, The Champion’s Way™ and The MVP Program™, stem from lessons he learned in the locker room with Hall of Fame coach Tony Dungy and in the huddle with future Hall-of-Famer Peyton Manning. The Champion’s Way™ spotlights and breaks down “The 4 Ls” of leadership: listening, learning, language, and love. The MVP Program™ comes from Ben’s experience with concussions. It inspires audiences to truly care about their minds and to discover how integral memory is to identity. Both programs illuminate dynamic ways to succeed in business and life.

I believe, as a speaker, that vulnerability equals connectivity. This is why I approach my keynote presentations with a mission of bringing you on an emotional journey through my life, into a hall-of-fame huddle, and onto a field of high-impact lessons. All our lives tell a story, and this is how I tell mine!

As an influential advocate for brain health, Ben served as the national spokesperson for the American Academy of Neurology and currently sits on the prestigious board of the American Brain Foundation. Ben was given the AAN’s most esteemed honor, the Public Leadership in Neurology Award, in 2014. Also at that time, Ben released a music video for his song “You Will Always Be My Girls,” written as a love letter to his wife and daughters with the goal of emotionally connecting people to the importance of their memories. The video has impacted the lives of many, garnering over 1.3 million YouTube views to date.

Ben can now add “author” to his résumé, with the release of his new book Counting the Days While My Mind Slips Away, published by Simon & Schuster. The book is the first memoir from a former NFL player who left the game as a result of concussions. It takes the reader on a heart-felt journey through the ups and downs of Ben’s life with faith, family, and football. Ben has a message of hope that has reached a nation-wide audience, inspiring people to value every moment to its fullest.

What does it take to be a world champion leader on and off the field?
On February 7, 2007, I stepped onto the Super Bowl field and into a Hall of Fame huddle with my teammates, including Peyton Manning and our head coach Tony Dungy. We became a world-class offense by creating a culture of champion leadership and dynamic communication. This culture was fueled by four foundational principles that together allowed each player to reach his greatest potential for the benefit of the team in a highly stressful and competitive environment.

After football, I began to realize these championship principles were the backbone for off-the-field success as well. “The 4 Ls,” Listening, Learning, Language, and Love, are foundational in both life and business. The culture our team created around these principles earned us the greatest reward in the game of football, a Super Bowl championship. Like the 2006-2007 Colts, you too can realize your greatest success potential, in life and business, through the application of “The 4 Ls.”

Every moment matters, and it starts with your mind!
I had dreamed of playing in the NFL since I was a little boy and was extremely blessed to have realized that dream in 2004. But after 6 seasons and a Super Bowl championship with the 2006 Indianapolis Colts, I chose to walk away for the sake of my family and my mind. Head injury, concussions, and memory loss from playing the game I love are all a part of my story, but they have set me on a noble path filled with hope and joy.

After football, I’ve made it my mission to help people overcome difficult circumstances. You’ll hear stories about my family, my friends, and my football career, and you’ll be inspired to find the value in every moment. In doing so, you’ll discover a renewed purpose for living!

“Ben captivated our audience of neurology professionals at our recent Awards Luncheon with his personal story of courage and hope. Not only is he dynamic and engaging, his personal story resonates with others and increases awareness on the needs to support research to help brain injury patients, especially those with sports concussion.” - Catherine M. Rydell, CAE, Executive Director/CEO, American Academy of Neurology

“Ben's keynote moved the audience from laughter to tears to a standing ovation! Afterwards men commented "he was one of the best speakers yet! and good luck topping that." We are pleased to have included ben in one marque men's event of the year and highly recommend Ben Utecht as a keynote speaker!” - Rachel Amiot, Event Planner, Tri County Health Care

"Ben emceed our annual gala and was simply awesome! Our event is attended by nearly 1,300 of our donors and friends, it is our flagship event for the year. Ben’s care and concern for our mission was evident in his preparation for the big night. As we reviewed the scripting and order of events, Ben brought significant insight to the process. The night of the event showcased Ben’s ability to engage the audience with his genuine warmth, humor and overall charisma. He was the paramount professional in also keeping the event on time and focused. We were blessed to work with Ben and would highly recommend him to others.” - Brian Molohon, VP of Development, Union Gospel Mission Twin Cities

Your evaluations were excellent and you received many wonderful comments such as… “Awesome…Wow…Excellent speaker and topic, Made me cry, Moving, Powerful, Great message, beautiful story , fun to listen to, and many thank you’s for sharing your story!” This was my last convention, as I retired after 31 years of planning workshops and conventions and I have to say m that meeting you and having you a part of my last convention was very special.” - Bev Herman, ND Long Term Care Association

Ben Utecht was everything we had hoped for and more. Very inspiring and relatable to every age group. Ben took the time to make sure he knew the audience that he would be speaking to. After the event, he took as much time as was needed to speak to people, sign books, and take pictures. They were very accessible to communicate with and prompt with their responses. A+ for Ben. Our organization will be utilizing him for his leadership program as well. I would highly recommend Ben to speak at any event. - Joan Spaeth, Community Outreach Coordinator, Stevens Community Medical Center 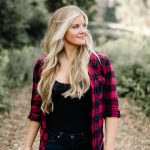 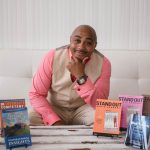 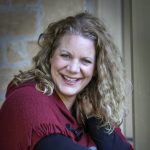 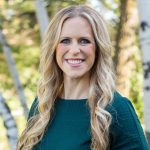 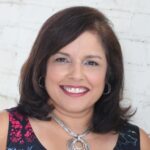