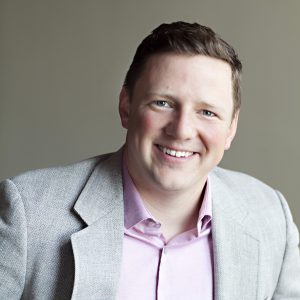 Hi. I'm Jack. This is a bio I wrote about myself, but I made it look like someone else wrote it, so it doesn’t seem like I’m bragging.

Jack Stahlmann’s informative and educational presentations are built around his experiences in Los Angeles as an actor, producer, director — and of course, a waiter.

In Hollywood, he launched his own production company which created several films that enjoyed international success and was an Assistant Director for the Margaret Cho stand-up show, Cho Revolution.

As an actor, his shining moment came in a co-star role on the CBS drama Cold Case, where he played a wimpy park ranger. He also appeared on Days of Our Lives and several commercials.

Jack graduated with honors at DePauw University and has been a regular contributor to The Huffington Post. He currently resides in St. Paul, Minnesota.

The Intangible It: Possess the It Factor of a Movie Star.

Vantage Point: An Adventure About Role Fit in a New World.

The Upside: In a World With So Much Downside, Find a Way to Up Yours

"Jack was a game-changer for our event this year! We had originally hired Jack to deliver a one-hour keynote for our in-person conference, but when we had to shift everything to virtual, he customized his keynote into shorter segments, to keep the attention of an online audience. And he went above and beyond as an emcee and host for our virtual program, writing most of the content. As an event planner, I cannot emphasize enough how much easier he will make your virtual event. With Jack you get more than a speaker - you get a true event partner!" - Ashleigh Esselman, MEA Energy

"Jack's message was powerful and our members really loved his delivery. I knew he was a really big hit when I saw one of our - let's say, crabbier members - come up to him afterwords to say 'I was ready to not like you, but you were great!' And if you can crack that facade, you can deliver for anyone!" - Mia Ulrick, Minnesota Association of School Administrators