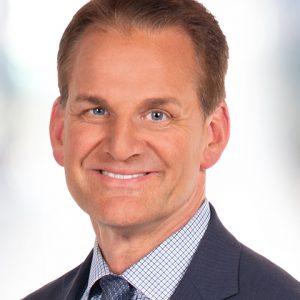 Mike Max is the sports director at WCCO TV (CBS), hosts a nightly radio show on WCOO Radio in Minneapolis and has been on the speaking circuit for 25 years. He draws stories from thousands of interviews over the years that range from Michael Jordan to the captain of the Special Olympics softball team, all offer amazing insights into life. Mike received local and national acclaim for his six days of reporting from the front lines of "Minneapolis Riots" following the death of Gorge Floyd that reached millions of viewers throughout the country, earning him numerous awards but more importantly changing his life because of what he observed and connected with the most inside view of the beginning of an international movement. He owns his own company, Mike Max Productions, and has produced over 1000 hours of television programs with it. He also hosted "Life to the Max", a magazine show that allowed him to travel the United States seeking out stories of inspiration through common people that did the uncommon. He has served as keynote speaker for companies, education groups and associations all looking for stories that only he can tell, because only he was there. He will make you laugh, make you cry, but most importantly, make you think!

"Adversity is a Blessing"

"You Can Outwork 90 Percent of Your Competition"

"Why Fear Matters, a Lot"

"The best keynote in our 20 years of a national convention". - Paul Harmel, CEO, Lifetouch

"Your speech made me pause to reflect on my own resiliency as I face what I think are big issues in my life, which aren't big issues at all." - Tracy Howard, Mortenson Construction.

"I thought it was powerful, inspirational, motivational and humorous, have you thought about writing a book?" - Jim Steffon, Trott Book Financial, Chamber of Commerce Scholars.